LORD YESHUA ANNOUNCES THAT THE EARTH HAS GONE OVER THE TIPPING POINT, 7th. September, 2017.

About 20 years ago, GOD came to me and informed me that I was as ‘The Magdalene’ of HIS SON, My beloved LORD YESHUA, to be the newly elected “Messenger of GOD” to this World and all others within CHRISTENDOM. Most of the time, I have been given loving Divine Teachings and Prophecies to gift to the Planet on HIS behalf.

Once in a while, I am gifted a very serious message to announce to Humanity, such as the long foretold Judgement Day that took place back in 2010 in answer to Humanities collective prayers for World Peace and Eternal Happiness lived in GOD finally in our time. Those prayers were heard and answered by THE LORD CHRIST, I AM and granted.

A separation began, between all those that were obeying GOD’S timeless Holy Universal Laws and those that weren’t and that having been determined, the gates of Heaven were closed, with only those whose names were written within the Heavenly Book of Life then given permission to still enter within when they finally pass back to the Spirit Realms. Those left incarnate at this time, whose names are not written in GOD’S Book of Eternal Life, still have the opportunity to wipe their karmic sins by purifying their bodies Spiritually and coming back into Holy Law as LORD YESHUA demonstrated as our beloved NAZARENE MASTER and ever loving RABBONI to all Creation of both Heaven and Earth, but those that don’t, will forfeit their most precious gift in life, their Eternal Life and Soul and never be allowed to enter into the blissful beauty of GOD’S Heavenly Kingdom again.

Then today, in the still unfolding cataclysm in the Caribbean, caused by the 225 m.p.h. winds of Hurricane Irma and the 20 foot storm surges devastating those once beautiful tropical islands, at 17:40 hours Greenwich Mean Time, here in Glastonbury on the Island of Avalon, LORD YESHUA came to me and gave me another equally serious World Announcement to make. This I do with a very heavy heart to you all.

LORD YESHUA told me that, “Our beautiful Planet and home the Earth has gone over the tipping point and that our Planet would never have nice weather again.” 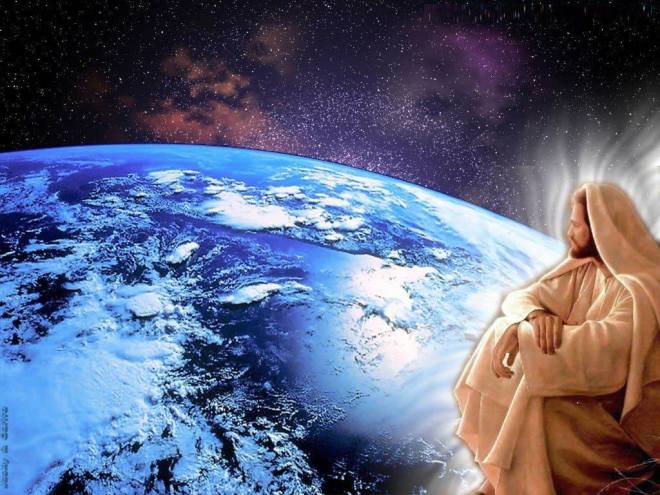 Humanity do not understand the close correlation to their thoughts and emotions of peace or war that control our weather patterns on this Planet. Humanity throwing GOD’S Rule Book of Life out of the window, that balance and harmonise our beautiful Planet and make it eternally sustaining to all life, choosing to live in full denial of GOD’S Eternal Loving Presence ever still in their lives, has created this cataclysm today for Us and our Children all now to face. Humanity didn’t take full heed of St. John’s Book of Revelations Prophecy that LORD YESHUA gave to them 2,000 years ago, telling them NOT to give their allegiance to the ‘Beast’ and now it has turned around and bitten them all hard NOW. He ALWAYS WISHED to destroy ALL LIFE on this Planet of GODLINESS and Humanity in the main gave it to Him on a plate! I have dedicated my entire life trying to avert this day from ever coming working day and night behind the scenes with SPIRIT that all might LIVE and to me, this news today is absolutely devastating after all I have been through unknown to the World’s Peoples. St. Joan of Arc was never one to give up though, no matter how impossible the odds against her and I won’t give up fighting inter-dimensionally now to try and turn all this around with YOUR HELP.

“…..The whole world was filled with wonder and followed the beast. 4 People worshiped the dragon because he had given authority to the beast, and they also worshiped the beast and asked, “Who is like the beast? Who can wage war against it?”

5 The beast was given a mouth to utter proud words and blasphemies and to exercise its authority for forty-two months. 6 It opened its mouth to blaspheme God, and to slander his name and his dwelling place and those who live in heaven. 7 It was given power to wage war against God’s holy people and to conquer them. And it was given authority over every tribe, people, language and nation. 8 All inhabitants of the earth will worship the beast—all whose names have not been written in the Lamb’s book of life, the Lamb who was slain from the creation of the world.

9 Whoever has ears, let them hear.”

No Earthly Government or group of Scientists can turn this one around. The whole World’s Peoples, all coming together as ONE NOW, uniting together with Open Hearts and MINDS filled with nothing but DIVINE LOVE and PURE PEACE, regardless of Colour, Creed or Nation, is the only thing that may turn this situation around that the LAWless have triggered through their arrogant ignorance of UNIVERSAL HOLY LAW DIVINE. Only the PURE POWER of GOD in HEAVEN is POWERFUL ENOUGH to reverse this course of events that the foolish Beings of this Planet have triggered for Us all to now to endure unless they all return back into the Fold of HIS LOVE FAST. We can but try as the ‘Caretakers’ of the Earth that HE-SHE made Us in the Beginning Times.

In the Dead Sea Scrolls is written a Prophecy, that when the World is destroyed, the Essene Community will re-build the Earth with GOD’S Angels through our DIVINE TEACHINGS that GOD gave Us to repair and re-build it again in HIS-HER HOLY NAME of LOVE, that LIFE and ALL that is SACRED upon the BODY of our EARTHLY MOTHER may continue to LIVE once more and become self-sustaining once again.

We are ALL here at this special Time, called as our beloved RABBONI YESHUA’S UNIVERSAL WHITE BROTHERHOOD of LIGHT and NAZAREAN COMMUNITY to come forward and step up to the plate and lead the rest of Humanity in the eternal ‘Way of the Essenes’ and the ‘Divine Peace of GOD’ through our LOVING THOUGHTS and SACRED PRACTICES as LORD YESHUA Taught us so long ago and ever continues to do TODAY.

Our Earth is the only inhabitable Planet in this our 12th. Solar System, within the 12th. Universe that we call our home. There is nowhere for us to go! We must act as ONE to PROTECT this most beautiful Planet of GOD’S many World’s of Creation NOW in full UNITY and LOVE, or face the great divide that was announced in 2010 on the 24th. July with Judgement Day sooner rather than later. Please step up to the plate and lead your local Communities. Take up RESPONSIBILTY NOW as GOD’S LOVING and OBEDIENT CHILDREN that our Children and Children’s Children might LIVE!

NEVER underestimate the DIVINE POWER of COLLECTIVE LOVING THOUGHTS of PEACE projected with GOOD INTENT to manifest CHANGE and we don’t have a minute to waste! Don’t just give up and rest on your laurels. Now is the time to get pro-active and ACT! 12 o’clock Noon is the most powerful time Spiritually in our World, regardless of which ever Country on this beautiful Planet our Nazarene Community are currently living, to come together Collectively in Prayer with all Beings that they can get to join them to train in the ‘WAY of the MASTER’ to try and turn this awful announcement to Me today.

PEACE be with you all and GOD’S SPEED.
Rev. Sister Dominic
x