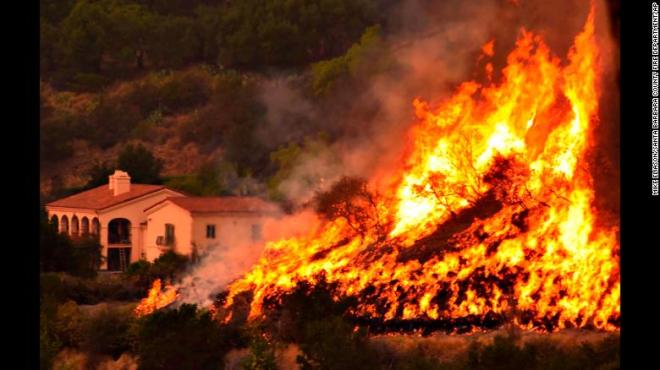 I have just put the telephone down to an amazing telephone call to one of my Nazarean Essene Community members in Clearlake, Northern California. I was sent to that region of the World for the first time in April 2,000 by GOD to do three powerful Peace Ceremonies upon the land there in three specific locations around California to defuse the San Andreas fault line from destroying the huge city of San Francisco and many towns several hundred miles Northwards from there that was energetically preparing for ‘the big one’ as the locals called it that was almost ready to blow. As a trained Medicine Woman of GOD, I always get given the best jobs!

The minute that I put my foot on the tarmac of San Francisco Airport for the first time in this my present lifetime, having just stepped off of the plane, THE EARTHLY MOTHER of GOD came to me and said, “Get out of here! I am worried about you!” Having just been directed by LORD JEHOVAH to go there, I thought to myself, “Great! Welcome to America!” Regardless, I carried on and did what GOD had sent me to do in the area and sure enough, the San Andreas fault line was de-fused and San Francisco is still there today in existence as a result!

During that American visit, I made friends with several of the residents in the Clearlake area of Northern California and have remained close friends with them ever since. They started to learn my Native American/ LORD YESHUA Nazarean Essene teachings with me as my apprentices as the years went by, coming to Britain to study here with me and by my flying out to the States many times to achieve this. Having seen their lives transformed in wonderful ways through them, two of them opened a Nazarean Essene Centre there with me based upon LORD YESHUA’S & LORD QUETZALCOATL’S teachings that I had shared with them in a very beautiful location.

They have been saying the Essene Holy Communions thrice daily there with other members of their Community ever since, and Jody White Swan has since been ordained as myself as a Nazarean Essene Minister and now leads this Light Centre for THE MASTER.

I have been a bit concerned about them all because I have had no contact with them since these horrendous wildfires broke out about four hours drive North of San Francisco, an area I know quite well now and a very beautiful area of the Country, with the National Redwood Forest situated near to there. I heard tonight thank goodness, that they were all safe. They had been surrounded by these horrendous wildfires, our member’s homes, the worst in North America’s history, as close as the ridge above them, but they courageously stayed with the land and kept doing the Holy Communion Prayers religiously there strictly obeying HOLY LAW and doing our sacred practices faithfully. Their neighbour’s homes were going up in smoke all around them, some 20,000 homes apparently, and as the fire was starting to make its way down the hill where their house, our Nazarean Essene Centre was situated, LORD YESHUA suddenly appeared standing between the huge toweringly high 100 foot wall of flames and the Centre and protected it and our other members homes living locally in that area apparently and prevented them from being raised to the ground like the rest. HE heard their loyal Nazarene Essene Prayers and stepped in personally to protect HIS own Nazarene flock and devout disciplined followers.

Our Nazarean Essene Community members are all still very a traumatised from this terrifying experience that could have taken all of their lives, let alone their homes and possessions, but they had their Faith in place SO STRONG, and were so devout in all the Holy Practices that I had taught them over the past 18 years, it saved the day for them all and despite all the horror and shock of what has happened to them all, their homes I understand have become the centre of a healing and counselling Sanctuary for all those that lost everything. They have been thrust full time back into one of the traditional roles of the Nazarene’s, as the Therapeutae of GOD. Never underestimate the POWER of PRAYER to SAVE! This is a perfect example of that when you live HOLY LAW STRICTLY! Miracles HAPPEN!

If you could send a few healing Prayers their way to add to mine, it would be greatly appreciated by all I know. Many thanks and peace be with us all I pray.