I had a really strong ‘Calling’ from the Spirit World to return back to Tintagel in Cornwall last Tuesday for two days and so I dropped what I was doing here and drove down there, leaving Rindert, my new Dutch lodger in charge of feeding my two cats and the goldfish in the garden pond (and driving any wild Herons away from it if they fancy a compact takeaway meal). 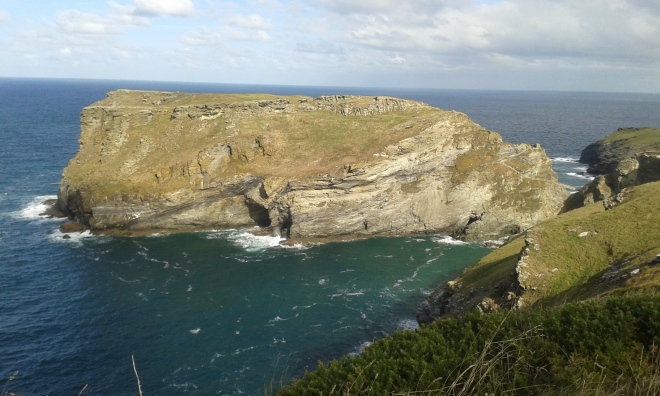 As I just crossed over the high ridge and saw the sea and the town of Tintagel laid out below me, LORD JEHOVAH Spoke to me and Said, “Your Gift is awaiting You!” and departed. Tintagel Island or Tintagara as ARA The GOOD/ KING ARTHURE calls it is currently off-limits to the general public at present due to this unnecessary metal bridge that the engineers are beginning to construct there (which none of the villagers of Tintagel want either I discovered upon this trip there) and headed over to Glebe Cliff by St. Matriana’s Parish Church so I could overlook the Island while I tuned in. It was very difficult to do in that location as the Spirit World hadn’t cleared that area energetically yet through the clearance work I had been doing on the Island itself and it proved to be a very hard and laboured task that day. I was told that the Pagans and Saxons that invaded that area after KING ARTHURE’S Nazarean Essene Ancient Mystery School, Monastic Community and later royal Palace had been destroyed, they used to lay their dead in that area on the edge of the Cliffs for the Powers of Nature to reclaim, as the Land was too rocky to bury them and I had chosen to sit down on the edge of this Pagan burial site unknown to me at the time. My wonderful Spirit Guides and Angelic Helpers got to work straight away and by the end of the first day it had improved somewhat. It needs a full month of clearance work energetically to sweep that once Sacred place but it is all in hand by the Heaven Realms and so when I return there next time, it will far easier than on this occasion.

Over the two days spent there in semi-Trance, I received another 37 pages of ARTHURIAN unknown Nazarean Essene Teachings from the Heaven Realms to be published in HIS second book but as HE said to me, “This could easily be a series!” and I am beginning to see what HE meant! This next book I think may well be two books in itself, the manuscript is so large now for publishing purposes. I came home after 24 hours of Mind to Mind Transference Trance Work mentally drained but very happy, as will the Worlds Peoples be when they finally read HIS ETERNAL TRUTHS of GOD and HIS LIFE again as HE tells them, with all the myth and the legends cut away.

It is certainly not a Children’s book this. It is very graphic in HIS descriptions about some of the battlefield sights that HE had to endure throughout HIS reign as the KING of Briton at that time to protect ALL that was held SACRED to LORD YESHUA THE NAZARENE and AVALON then, now and EVERMORE, as WE both continue on to do now in THEIR DIVINE NAMES of LOVE.

Peace be with You all.
Rev. Sister Dominic 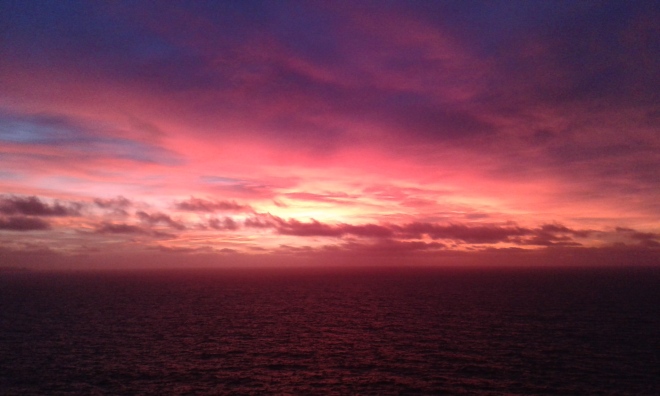